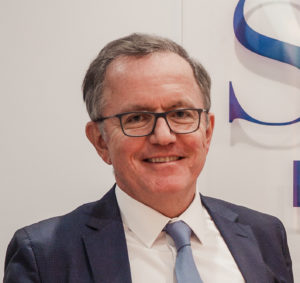 In 1986 he joined CMA (before it was merged with CGM) as in-house counsel. During his tenure he accompanied the rapid growth of CMA CGM which became the 3rd largest shipping company worldwide with an annual turnover in excess of $50 billion and a fleet of more than 560 ships.

For 21 years he acted as Group General Counsel, managing a team of 40 lawyers dealing with various subjects from M&A to litigation, competition and corporate issues.

From 2007, he was Special Advisor to the President of CMA CGM and worked very closely with him on all strategic issues and particularly on issues involving restructuring and financing.

He also acted as an Elected Judge at the Tribunal de Commerce de Marseille between 1996 and 1998 and he is currently arbitrator and member of the Board of Directors of the Chambre Arbitrale Maritime de Paris.

In 2014 he left CMA CGM to establish SRDB Law Firm in Paris and Marseilles. As from 2016, he created offices and partnerships in Beijing, Algiers, Abidjan, Doha, Damascus, Muscat, Moroni, Douala and Kiev.

He is also a partner of the Beirut-based Marcel Sioufi Law firm.