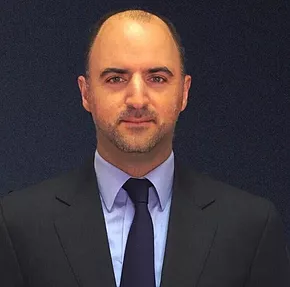 Philippe has a multidisciplinary experience that started in 1996, in Beirut, at Badri & Salim El Meouchi Law Firm in Commercial & Banking Law and Litigation.

In 2005 he joined Bank of Beirut as in-house counsel where he refined his expertise in the banking law sector.

In 2008 he acted as Senior Legal Advisor in Millennium Development International, a leading real estate development management firm within the Saraya Group owned by Lebanese Prime Minister Saad Hariri where he accompanied the expansion of the company’s activities in mega City Building projects in Aktau (Kazakhstan) & Medini Iskandar (Malaysia).

In 2012, he moved to the Freight Forwarding & Record Management sectors with the multinational Aramex Group whereby he was part of its legal team as Senior Legal Advisor covering inter alia all the French speaking territories.

In 2016, he joined Benta Pharma Industries (BPI) as the Group Head of Legal Department whereby he was part of the Board Executive and Credit Committees. He assisted the Group’s Manufacturing and Distribution arms and gained valuable insight on the Manufacturing Process Development. During his tenure, he led BPI’s legal track in the Acquisition of the “Famar Lyon” Pharmaceutical Site in Saint-Genis Laval in the context of an M&A Distressed procedure.

​Philippe holds a law degree from Saint – Joseph University of Beirut, a master in General Private Law from the same university and a master in Arbitration & Alternative Modes of Disputes Resolution delivered by Paris II (Assas).